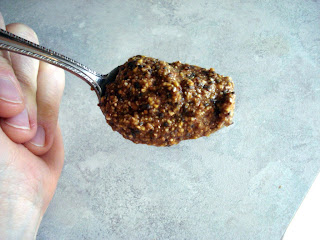 WORLD RECIPES
Pinole is a Spanish translation of an Aztec word for a coarse flour made from ground toasted maize kernels, often in a mixture with a variety of herbs and ground seeds, which can be eaten by itself or be used as the base for a beverage. In southeastern and in Central America this food and beverage is known as pinol or pinolillo, considered the national beverage of .
Herbs and flavorings added to pinole include ground mustard seeds, ground chia seeds, ground cacao, sugar, cinnamon, vanilla, achiote, and other grasses and annual herbs. The mixture is sometimes beaten with water to make a hot or cold beverage (also called pinole), or sometimes cooked with water to make an edible mush.
In parts of central , groups of rowdy youths traditionally went from house to house during Carnival to demand pinole, which they were served without water (and frequently mixed with Chili pepper to make it even more difficult to swallow). This custom may have given rise to the popular saying, El que tiene más saliva, traga más pinole ("Whoever has the most saliva, swallows the most pinole"; in other words, whoever has the most skill for a particular job will accomplish the most).
Pinole describes any of a variety of forms of parched or roasted corn, ground into a flour and combined with water and some spices or sugar. It can be made into a drink, an oatmeal-like paste, or baked to form a more-portable "cake."
Ingredients


How to prepare it:
Toast the cornmeal in a skillet over medium heat, stirring often, until it turns light brown, about 5 minutes. Transfer to a bowl, mix in cinnamon, and sweetener or other spices, and desired amount of water.
If you add just a few tablespoons of water instead and mix, you get an oatmeal-like consistency that can be eaten with a spoon. Alternatively, you can bake the paste at 350 degrees Fahrenheit for 10-15 minutes until it has the texture of a brownie.
© Text and image: Matt Frazier (www.nomeatathlete.com)