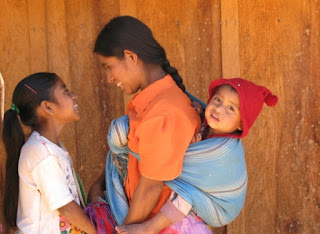 PEOPLES OF THE WORLD
Name: Tlapanec
Living Area:
Population: 75.000
Language: Tlapanec (Me'phaa)
Comments:
The Tlapanec people is an ethnic group indigenous to the Mexican state of Guerrero. Their language, Me'phaa, is a part of the Oto-Manguean language family and its closest relation is the Subtiaba language of . Today Tlapanecs live in the states of Morelos and as well as in Guerrero; there are around 75,000 Tlapanecs in .
In pre-Columbian times they lived in the isolated mountain area along the Costa Chica region of Guerrero, just southeast of present-day . Their territory was called Yopitzinco by the Aztecs who also referred to the Tlapanecs as Yopi. Yopitzinco was never conquered by the Aztecs and remained an independent enclave within the Aztec empire. The main Tlapanec city was Tlapan and the name Tlapanec is the Nahuatl for "Inhabitant of Tlapan".
Known by their: Religion and language
The Tlapanecs explain natural phenomena through myth, like the myth of the creation of the sun (Akha'), the moon (Gon') and the fire god (Akuun mbatsuun'), who all were born on the bank of the river and who were raised by Akuun ñee, goddess of the temazcal sweatbath and patron of the hot/cold duality.
Another important element in their culture is nagualism. When a baby is born it is said that at the same time an animal is born and that that animal is the nahual of the child. No one except the child knows which animal is its nahual because the nahual will only show itself to the child in its dreams.
The name “Me'phaa”, which speakers use for their own language, has recently been promoted by bilingual school teachers and others. (The teachers in the bilingual schools are all native speakers of Me'phaa.) They prefer it to the traditional name “Tlapaneco”, which is derived from Nahuatl, because some consider it to have been a derogatory label. (The form “Me'phaa” is the one used by Malinaltepec speakers; other varieties have slightly different forms of the name, such as “Me'pa” in Acatepec and “Mi'pha” in Tlacoapa.)
Like most groups in southern , their diet consists chiefly of corn (maize) tortillas, beans, squash, and chilies. At lower altitudes, bananas are also important, and is used to make a beverage. Coffee is a major cash crop for those living in coffee growing areas. Those who do not live in these areas often emigrate to the north to find work. Wool serapes are woven in one area by the men and in another area by the women.
Early studies classified the Tlapanecan languages with the Hokan stock. More recently, however, there seems to be clear evidence to classify them as Otomanguean.
Like other Otomanguean languages, the Tlapanec languages are tonal. That is, the pitch with which a word is pronounced is so important that, if it is changed, the meaning of the word can change completely. Tones can sometimes be the only indication of grammatical distinctions such as 1st vs. 3rd person. One variety of Me'phaa can have a sequence of as many as four tones on the same syllable.
© Text and image: Wikipedia, www.sil.org
Enviar por correo electrónicoEscribe un blogCompartir con TwitterCompartir con FacebookCompartir en Pinterest
Etiquetas: Mexico, North America, Peoples